As the new President of China, Falun Gong practitioners in Australia wish you success in your efforts to bring greater transparency and accountability to all levels of government in China. In pursuing these goals, you have a great historical opportunity to redress the grievous mistakes and crimes of your predecessor, Mr Jiang Zemin, by bringing to an end the totally unwarranted and unconscionable persecution of Falun Gong practitioners in China. Not only will the Chinese nation as a whole greatly benefit from this magnanimous act, but you will be remembered in history for restoring the good name and rights of tens of millions of people in China who practice Falun Gong.

Until its illegal banning in 1999, Falun Gong flourished in China, being practised by an estimated 70-100 million people. After its introduction in 1992 by our teacher, Mr Li Hongzhi, Falun Gong quickly spread across China, being embraced by all strata of society, including many members of the Communist Party, university professors and students, military personnel, police, workers, everyday people and many members of the government, including Politburo members and their families. In its early days, the Chinese government sang the praises of Falun Gong for helping people and the government save billions of yuan each year in medical expenses. Practitioners also had a very positive impact in their work places and on society, involving themselves in many community activities.

In spite of this, or perhaps because of this, Falun Gong’s popularity created intense jealousy with former president Jiang. Although most of the politicians, including Politburo members, opposed the banning of Falun Gong, Jiang nevertheless pressed ahead and banned the practice in July 1999, forcing legislation to be passed and applying it retroactively against Falun Gong. This began a reign of terror and illegal acts that continue unabated to this day and has tarnished China’s reputation around the world. Millions of Chinese citizens have grievously suffered and continue to do so, yet in spite of the horrendous treatment these peaceful people have suffered, they have never fought back or asked for the overthrow of the government. They have only asked for, and continue to ask for, the right to follow and practise their belief openly and with dignity.

Outside of China, practitioners in over sixty countries have been praised and honoured by their governments, and Mr Li and Falun Gong have been presented with over 1,000 awards and proclamations. Mr Li has even been nominated the past several years for the Nobel Peace Prize and has been on the short list each year. Practitioners have been an asset to their communities wherever they live, including in China, where many Falun Gong practitioners received recognition and awards for their exemplary behaviour and actions before the crackdown.

It is finally time to right this wrong. Many countries around the world are now seeing lawsuits brought against Jiang, for genocide and crimes against humanity, and the infamous “610 Office” created by him to eliminate Falun Gong. Others have already been found guilty for their part in these crimes. The world is quickly learning the truth about this cancerous persecution and who is responsible for it. As more and more people learn the facts about this persecution, they are expressing their dismay, their compassion and their support for Falun Gong practitioners.

We Falun Gong practitioners around the world hope that you, Mr Hu, can stand up and return justice to the Chinese people. China desperately needs the millions of her citizens cultivating honesty, kindness and tolerance in their hearts as China navigates through this difficult era of transition. Falun Gong is a treasure of traditional Chinese wisdom that is valued around the world and should be nurtured, not tortured, in its homeland.

We understand the difficulty you face in tackling Jiang’s cancerous legacy, as in the Chinese idiom which states, “When riding a tiger, it is difficult to dismount.” However, this is the test of great leadership. As we know from our understanding of Falun Dafa, the principle of “no loss, no gain” is simple, yet profound. President Hu, we implore you to act wisely, yet swiftly, to end this tragic persecution of Falun Gong practitioners in China. We understand you did not create this persecution – but you are in a position to end it. The longer this persecution is allowed to go on, the more others will also have to accept responsibility and accountability for it. We hope our Prime Minister and other world leaders can offer you the support you require to stand on the right side of justice and the right side of history.

We Falun Gong practitioners in Australia wish you great success in your endeavours to help China turn the corner during this most difficult period. We hope you have the strength, the resolve and the character to stand up for what is good and right and bring an end to this tragic pall that has been enshrouding China in darkness these past four years. It is time for true justice to prevail. 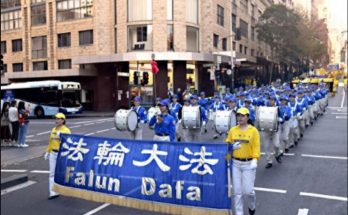 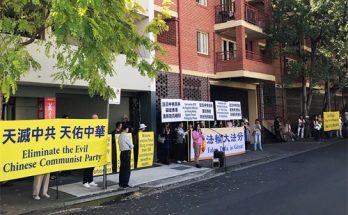 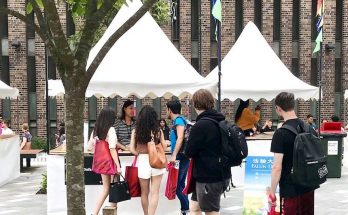