My name is Jansin G. I come from the south of Turkey. I came to Australia in 1994 after marrying my Australian husband Peter in Istanbul in 1991. I am a teacher of English and I work at The University of Melbourne, Hawthorn English Language Centre. I teach English to overseas students.

I watched a documentary about Falun Dafa on the ABC: a program called “COMPASS”. I was deeply influenced by the practice and immediately decided to learn the exercises. This was in September 2001

The resulting change in my situation has been unbelievable and cannot be explained with the words. You can only understand what Falun Dafa and its founder Teacher Li Hongzhi is all about by practising it yourself. Otherwise you may never be able to understand how wonderful it is.

Falun Dafa changed my entire personality for the better and healed my inopperable, serious heart condition in the first three months after I started practising.
When I was 17 years old I noticed that I couldn’t run or even walk without getting tired. Also I couldn’t really eat properly since after each meal my heart would beat as if it was going to stop any minute.. My mother took me to many well-known hospitals in Turkey. All of the doctors that I saw told me that I had to be very careful and never get married or have a child or exert myself doing any strenuous exercises. In reality they didn’t need to tell me anything as I was really weak and felt miserable for not being able to do things that others could do.

However, after a while it occurred to me that the doctors could not tell me what to do. I always had a strong belief in God and I didn’t let the doctors decide about my future, as they were not Gods. So I did get married and had a child surprising my family and the doctors. Although I managed to do these things I had always been sick. I was on medication for 25 years and couldn’t function without my medication.

When we decided to come to Australia to live, my application for a permanent visa was rejected on the grounds of not passing the medical examination because of my heart problem. It took us a long and hard battle to be granted a visa. I also had chronic sinusitis, continuous headaches and migraines.

On top of everything, I suffered from severe premenstrual depression and had very bad pain every month for a couple of days, for which I had to take strong painkillers. I was always tired and lacked motivation to live. I used all my energy to do my work properly, and to be a good mother and a wife, but everything was a struggle. I also had the bad habit of smoking for 25 years and never even attempted to stop, as I knew I would not be able to. Then I found Falun Dafa.

As far as I am concerned I was re-born on the 28 September 2001 when I was taught the exercises. It was just extraordinary. I felt this warm energy flow coming down all over my body. I had this sensation for over three months continuously. I went to the practice sites three times a week and felt that I did not want to stop practising. My family, friends and colleagues saw me transformed into a new person. I lost 8 kilos and stopped smoking. I also didn’t need to have my heart medication any more since all my symptoms disappeared. To my surprise, I was not getting tired when I was swimming. I could swim non-stop. I was not out of breath anymore. This was only after three weeks of practising. I just kept swimming with tears in my eyes. I can now climb stairs with ease. I can run as fast as my 10 year-old son and clean my house without getting tired. I work all day effortlessly. In addition to this I can go out and socialise. I have this boundless energy except when I sometimes go through cleansing. All Falun Dafa practitioners have their own extraordinary stories to tell but this is my story and living is not a struggle anymore. I enjoy being me and I am for the first time in my life truly happy and I thank the teacher for it all the time.

With Falun Dafa I have not only been healed physically but also emotionally. I had a bad temper and a very fiery personality. I was a typical Mediterranean woman.
I used to get angry in a second and tell people what I thought about them, never stopping to consider If I would hurt them or not. I often used to pick fights with everyone, but now I care about other people and I don’t blame others when things go wrong in my life.

So there is a chance for everyone who wants to be healthier, happier, more compassionate, and tolerant. With Falun Dafa everything is possible. I wish all the people in the world could understand and treasure Falun Dafa and its teachings as much as I do. What a wonderful place the world would be.

This is why I go to the Chinese Consulate to appeal for Falun Dafa practitioners in Mainland China, who are being severely persecuted for just doing what we are doing here. Old men and women, young people, even children have been persecuted by Jiang Zemin and his supporters because they practise Compassion, Truthfulness and Forbearance. I sometimes wish fora very loud voice so I could be heard by all the good people on Earth and ask them to help to stop the persecution. Help us to prevent Beijing’s attempt to eradicate Falun Dafa and poison the minds of many people in the world with their lies. I want to stop them for the sake of so many other people in Mainland China who would like to practise Falun Dafa and benefit from it as I have done. 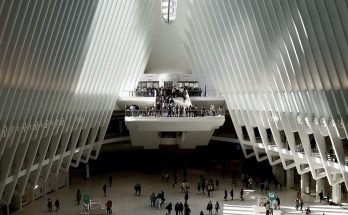